Being CEO, what I’ve learnt along the way - a role you can’t do on your own - MK College Skip to content

Being CEO, what I’ve learnt along the way – a role you can’t do on your own

Home > Blog > College Life > Being CEO, what I’ve learnt along the way – a role you can’t do on your own

This will be the last reflective piece I write for the website of Milton Keynes College Group; another in a long list of last times I do something or other.  Some are sad, some a relief, and I feel them all as personal milestones in their different ways. I decided against too much by way of reminiscing for this final blog, there’s time enough for that and I didn’t want to tip over into sounding overly nostalgic or self-satisfied. So instead, here are a few of the practical things I’ve learned about being a Chief Executive Officer.

I recall, vividly, the first time I spoke to staff as CEO as it struck me that people were listening more intently than ever before. They were acting as if what I said mattered to them. It brought home the reality that what you say and how you say it is really important when you’re the boss. Of course, this is always important as our use of language and how we respond to each other is central to establishing a sense of belonging. I realised in that moment that as CEO, your behaviours and actions are amplified. My instinct when talking to anyone is to be light-hearted, but as the person in charge it quickly became clear that I had to be careful that a casual “amusing” comment didn’t create a wrong impression or make someone think I wasn’t taking them or their issues seriously. I think we are all more aware that humour and laughing together at work can be such a tonic, particularly in stressful jobs, but that it can also exclude; as CEO, setting that emotional tone is critical.

When you’re the CEO, people are always watching you, closely observing your body language. If they see you run down the corridor with your head in your hands, they will draw disturbing conclusions (I exaggerate for effect, I’ve never actually run down a corridor with my head in my hands!) so you need to try to be purposefully positive. How you physically look from a distance – upbeat and confident or shoulders slumped and staring fixedly at the ground – can have a significant impact. It means there’s a fine line between being your authentic self and exposing your own vulnerabilities– you’d never keep it up if you constantly tried to be someone else – and being conscious of the impact your demeanour can have on people. If, as a member of staff, you saw any other colleague sitting alone and crying you might go up to put your arm round them and console them. If it’s the CEO you spot in such a state, you might instead panic and think we’re all being sacked in the morning.

It’s important to recognise that to those around you, you are in a powerful position – which is actually really easy to forget because you don’t feel any more powerful than you did before you got the job. This is so relevant when debating and exploring alternative options or looking for solutions with colleagues. You know you want them to tell you what they think.  They, on the other hand, are often waiting to hear what you want them to say rather than valuing their own influence and bringing their expertise to the discussion, which is what you, as a CEO, really need. It is a significant and never-ending task working at building sufficient trust that people will speak freely to you. I confess there have been times when I have thrown some utterly ridiculous idea into a discussion, just to see if anyone challenges it. If they don’t, you have to be frank and gently remind them they’re in a professional discussion in which their insights and expertise are critical and not my personal echo chamber.

It’s easy to assume that if people aren’t speaking truth to power it’s their issue, when in fact it is the CEO’s job to recognise that for many it is the default position to defer to authority. If members of your teams are reticent in expressing their views openly, it’s your responsibility to build a culture where they will.

CEOs need to be challenged, whatever their leadership roles. Imagine if the chair of a plc or a Prime Minister for that matter, were only to appoint to the board or cabinet people who completely reflected their own views on the world. The result would be a single-tracked, narrow-minded, ingenuity-free zone. If there’s one thing of which I have become ever more certain it is that genuine diversity among decision makers is critical for optimising performance.  Without constructive disagreement the choices made will be all too predictable. This means empowering people who work completely differently from you, which is tricky if you are by nature a control freak (ahem). Anything else just leads to constant confirmation bias and the repetition of mistakes.

On this basis it was a whole new experience in leadership when the pandemic struck and a distributed approach, to some extent, went out of the window. The management team had to switch to a kind of command-and-control stance. We made clear what the rules were, there was no room to be in any way vague or indecisive. Testing regimes, one-way systems and the like were completely rigid. What mattered was making and communicating decisions quickly and clearly.  It was the opposite of our normal state where agency and empowerment are encouraged, but what our community needed was to know that decisions had been made, that they were clear and they made sense. It was as vital for building confidence as letting people express their views is in normal times.

It has struck me that the more senior you become in your career, the more you realise your accountability is not to your line manager, it is to your beneficiaries, to your stakeholders. In teaching, this is to our students, our employers our communities. As CEO, other people think you don’t have a line manager, you’re actually ‘in charge’, and sometimes even you think you’re ‘in charge’ but you’re not! On a practical level, in an FE College, the CEO answers to the Board of Governors. They rely on your expertise in education to ensure the College is successful and students succeed, but they have their own incredible array of skills accrued from running businesses or other organisations and it’s vital to listen and be informed by them. They’re voluntarily taking on responsibility for the management of significant public funds because they want to make their communities better. There are conversations you can have with them that you can’t have with anyone else. Trust is so crucial. You have to be completely honest and transparent with them – even when you have to tell them things they won’t want to hear. And they’re not the only people who will and should judge you. Ofsted, parents, students, colleagues, employers with which the college deals, the Council, the Department for Education… As I say, for someone who’s in charge you have an awful lot of people to whom you must answer.

People have commented that being CEO must be a lonely job, well, it’s true that CEOs can become isolated very easily if they don’t recognise the importance of strong networks. It is only possible to be successful with the right people around you. Of course, this includes the team of people you work with, your colleagues at all levels but critically, people external to the College, your peers, community partners, business connections, coaches, mentors. I have benefited from formal coaching and informal, mutual mentoring and support. I have met so many amazing, talented people, with expertise in a range of disciplines and sectors. Once you start to look you will be overwhelmed by the talent and skill that exists right on your doorstep. Our communities are filled with experts who support their local college and generously give their time to help you deliver your vision.

So many people have helped and advised me over the years. Of particular significance, as I have tried to develop an inclusive, accessible, anti-racist, anti-discriminatory organisation are those very special people who can challenge and support, listen and advise, value you as a person and recognise you in your role as CEO. Any Oscar-style lists of, “None of this would have been possible without…” always miss someone out, but I think and hope, you all know who you are. And of course, there are a number of people who started out as colleagues and have become friends and I am so looking forward to continuing these friendships.

My last word will be to say that teaching is an excellent grounding for leadership. I’ve had that sense, shared by everyone who’s done the job, that every class I’ve ever taught has represented massive responsibility. Being in a position where someone’s future may depend on how well you inspire and motivate them and how much you can support them to excel, is as important and impactful a job as anyone could possibly have. I loved being a teacher.  I fell into it through a chance conversation and I had no idea where it would take me. Being a CEO is one thing, but there’s no greater responsibility than teaching. 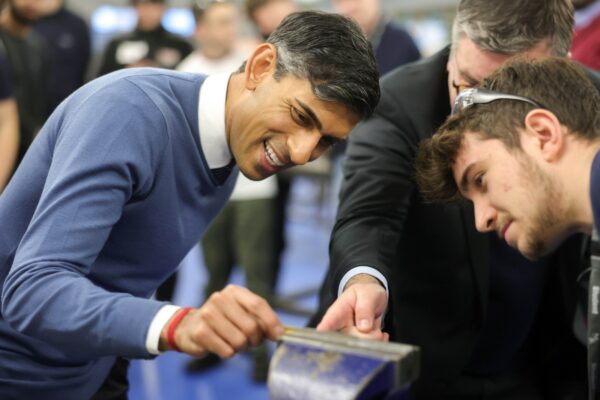 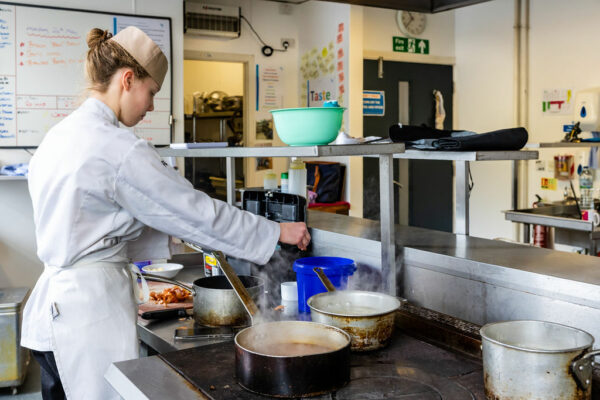 The top 8 benefits of an apprenticeship 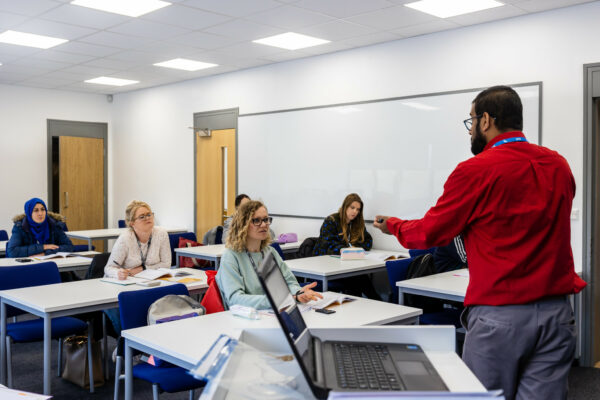 “Multiply” courses adding up for adults in Milton Keynes 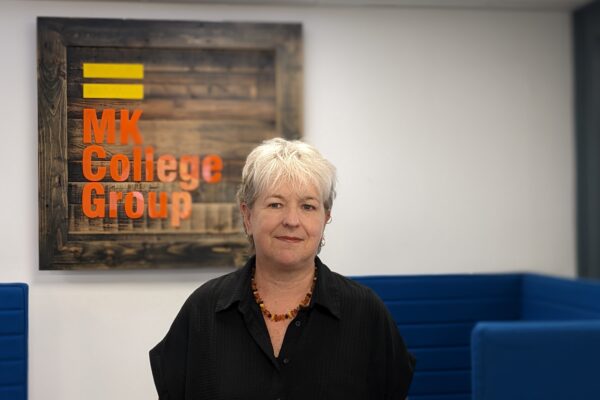 Goodbye 2022! Reflecting on a year of success for staff and students 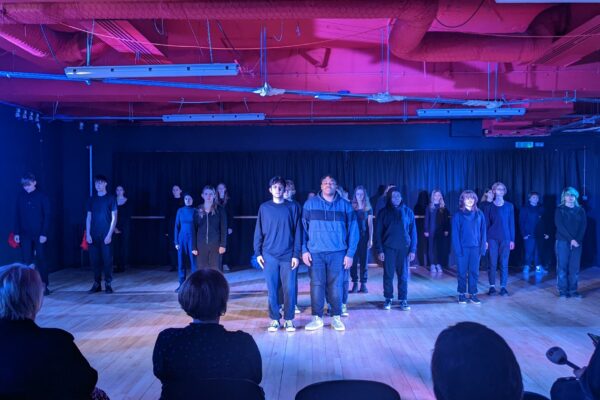 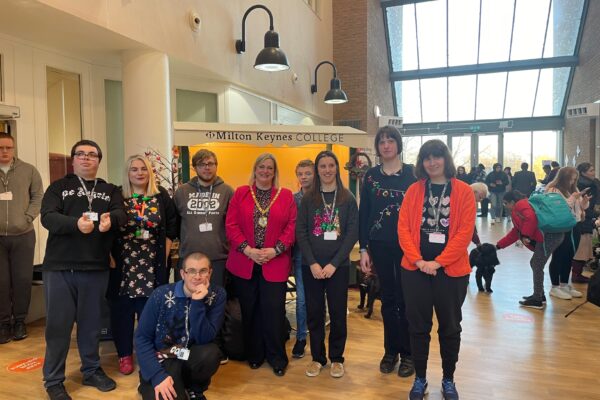 College fundraiser takes donations to meal box charity to £1,369 for 2022 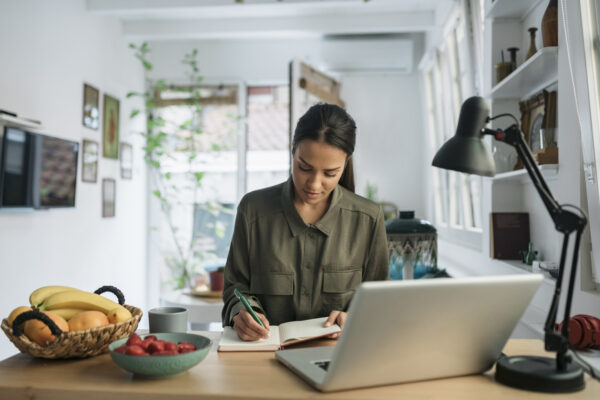 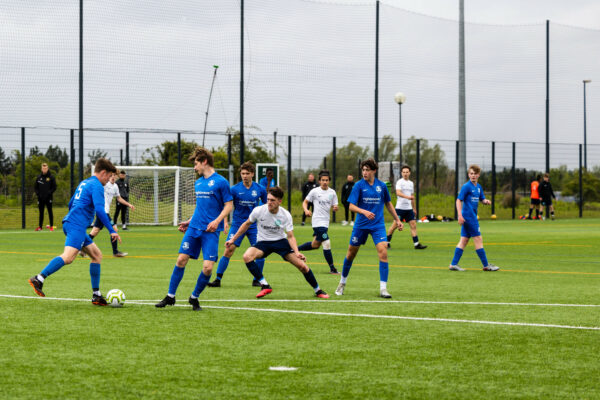 Was there ever a World Cup more weighed down by politics? 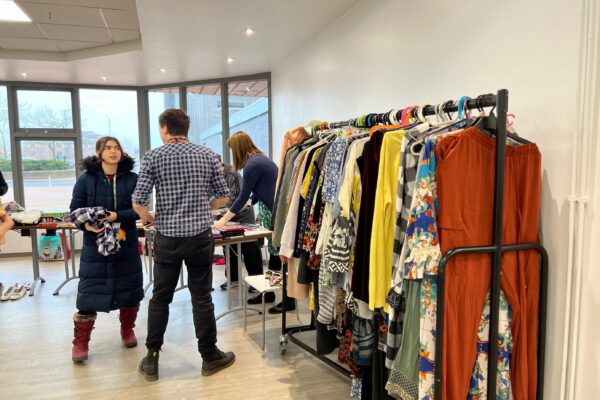 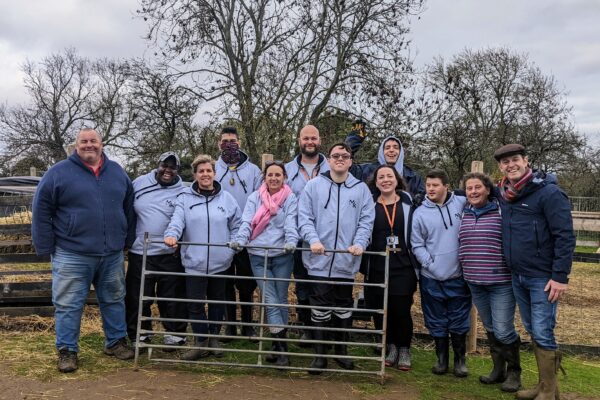 View all BlogsView all News
We use cookies on our website to give you the most relevant experience by remembering your preferences and repeat visits. By clicking “ACCEPT ALL”, you consent to the use of ALL the cookies. However, you may visit "Cookie Settings" to provide a controlled consent.
Cookie SettingsREJECT ALLACCEPT ALL
Manage consent

This website uses cookies to improve your experience while you navigate through the website. Out of these, the cookies that are categorized as necessary are stored on your browser as they are essential for the working of basic functionalities of the website. We also use third-party cookies that help us analyze and understand how you use this website. These cookies will be stored in your browser only with your consent. You also have the option to opt-out of these cookies. But opting out of some of these cookies may affect your browsing experience.
Necessary Always Enabled
Necessary cookies are absolutely essential for the website to function properly. These cookies ensure basic functionalities and security features of the website, anonymously.
Functional
Functional cookies help to perform certain functionalities like sharing the content of the website on social media platforms, collect feedbacks, and other third-party features.
Performance
Performance cookies are used to understand and analyze the key performance indexes of the website which helps in delivering a better user experience for the visitors.
Analytics
Analytical cookies are used to understand how visitors interact with the website. These cookies help provide information on metrics the number of visitors, bounce rate, traffic source, etc.
Advertisement
Advertisement cookies are used to provide visitors with relevant ads and marketing campaigns. These cookies track visitors across websites and collect information to provide customized ads.
Others
Other uncategorized cookies are those that are being analyzed and have not been classified into a category as yet.
SAVE & ACCEPT